Chinese Mandarin Translation – Is It as Difficult as They Say?

China is a country rich in cultural heritage and has deep historical roots. Chinese language has been written for around 6,000 years now.

With more than 50,000 characters and a wide variety of dialects, Chinese is one of the world’s most difficult languages to comprehend and translate. Here are some other reasons:

The Writing System is incredibly Complex

Although the Chinese script is one of the most intriguing scripts, it is ridiculously difficult. According to a language expert, John DeFrancis, his Chinese colleagues estimated that it took around 7 to 8 years for a Mandarin speaker to be able to read and write 3,000 characters; whereas, according to his French and Spanish colleagues, the same feat in their languages could be achieved in half that time.

There Are No Alphabets

Any person looking to master the English language would know where the starting point is: those 26 simple letters in upper and lower cases. Moreover, he/she would also quickly understand that these letters are written from left to write, with spaces between chunks of these letters (called words). Simple enough, right?

Talking about Chinese, there are no alphabets whatsoever. What the language contains is components that can be combined in many ways to form numerous combinations. To add to the complications, these components are written in two dimensions.

You Can’t Get Help from Cognates

Cognates are basically English words with a kind of foreign touch to them, such as problema, emergencia etc.  While cognates are found in quite a few languages, there are none in Chinese.

Even Finding a Word in the Language’s Dictionary Is Difficult

There Are Many Romanization Methods

Considering the complexity of the language, there have been quite a few Romanization methods developed to make it easy to comprehend. Although some of these methods do prove to be useful, others are quite obscure and make matters worse.

If you are looking for Chinese Mandarin translation services, or China online marketing services, with comprehensive understanding of the language, we at LIMPID offer a wide variety of language and Internet services in China.

What to Prioritize – Checklist for Website Translation in Chinese 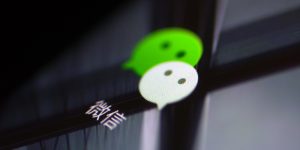 WeChat Takes a Jab on eCommerce and Live Streaming Features 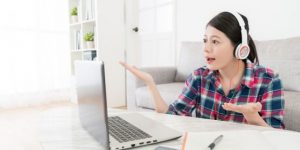