What’s the Role of Transcreation in Chinese Localization?

Some terms in our industry can be quite confusing. For example, did you know there’s a difference between translation and transcreation? But what do these two terms mean? Translation and localization don’t share exactly the same processes.

A better understanding of the terms can streamline which solutions you need. You know what type of projects and requirements you’ll be sending over to us. It’ll be easier for you to manage the localized content.

Translation is taking the texts from one language and convert it to another language. Translation work is all about accuracy and precision when it comes to the texts. It involves facts and figures.

Transcreation is re-creating or rewriting texts, making it more relevant to the audience. It involves copywriting and rewriting. Transcreation requires modification of the texts with a touch of creativity and spontaneity.

Here’s a thought-piece about transcreation and its role in Chinese localization.

Localization involves concepts, designs, structure, and a broader approach to layouts and processes. It focuses on themes and topics. Localization ensures the brand’s identity is culturally sensitive to the Chinese market.

It focuses more on cultural nuisances and details. What color to use, the format of time and date, the design, and language use to make sure people won’t be offended. Images on the website and ads also make an impact on the audience.

When transcreation comes in, the localized work becomes alive with words and phrases that the audience can relate to – something that has an impact that quickly connects with their identity. A localized website in Chinese – from the design to layout to colours – can match the transcreated texts such as slogans or taglines can “marry” the photos and ads on the screen.

#2 Focuses on the emotions and transcends the “untranslatable.”

Each brand has its own vocabulary or verbiage to express itself, depending on the target audience. Sometimes, when they are rendered in Chinese, and if translated literally, sounds odd or unnatural, making it difficult to relay the message closest to the original language.

That’s where transcreation plays its role when localizing materials. Whether it’s an advertisement or a marketing campaign or only the name of the brand. Transcreation focuses on the emotions of the audience, making the text sounds natural, relevant, and appealing.

Here are some of the examples of the brand’s taglines that were rewritten or re-created to make them relevant and natural to the audience:

If you simply translate the English texts to Chinese without applying transcreation process, they won’t appeal much to the audience. They won’t have that powerful impact when it comes to marketing.

That’s why transcreation is essential in marketing campaigns, too. As translation can only be at the rendering texts to its literal and purest sense, transcreation adds creativity and appeal to the reader. Think of these marketing campaigns in Chinese that did well for the past years? These are all from transcreation work, transcending the literal meaning, and writing copies that will make the audience opens its wallet to buy or click buy now on that shopping cart!

Mercedes-Benz used 去遇见知己，更看见自己 “(Meet New People, Find Yourself)” slogan on its promotional video that highlights women’s independence. Where a car is often a symbol of men, the company built an ad around women to empower them, targeting mostly the young people.

Do you have marketing texts or materials that need to be re-created? Transcreation can breathe life to them. A copywriter who’s skilled in translation and transcreation can help in applying consistent writing style and voice to your content.

Transcreation will always work hand in hand with localization. So, let us know if you wish to take your digital marketing efforts further down the road. 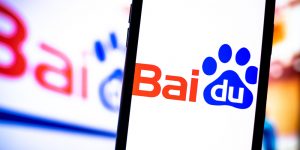 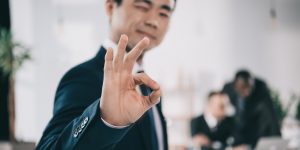 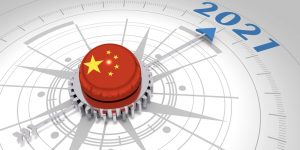 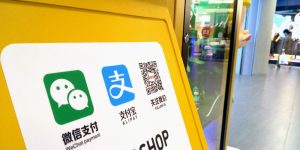 China Payment Gateways 2021- Which One Should You Use?